Depending on where you live, it’s not to late to get out in the woods and gather some elderberries. They make a nice wine of course, but they also make a tart and fruity beer. An elderberry braggot (beer and mead hybrid) is also a tasty possibility. The berries are the fruit of Sambucus species. In Europe, they come most commonly from the Dwarf Elder (Sambucus ebulus.) This tree was known as the Ebull in ancient times, the term taken from its Latin name. The beer made from elderberries is called Ebulum, and appears as a recipe in books from the early 1700s. The Oxford Dictionary defines ebulum as a name for elderberry wine, but London & Country Brew III (1743) says “make a white Ebulum with pale Malt and white Elder-berries.” This was possibly a barley wine.

Elderberries have a long history of medicinal use, with a reputation for successfully treating colds and flu. For this purpose they are usually made into a syrup. The raw berries are somewhat toxic, and so they are cooked. Elderflowers also have medicinal and culinary uses, notably as a background flavoring for the cordial Sambuca.

This Ebulum has a Chocolate Surprise. In addition to the pale malt (in this case Maris Otter) in traditional recipes, this one has chocolate malt, an English blend of crystal malts, and Dingeman’s debittered black malt. It is spiced with elderflowers, grains of paradise, and cinnamon, finished with Muscovado sugar at flameout. A touch of lactose added just before bottling creates a full mouthfeel and a bit of residual sweetness that balances the berries’ tartness.

Stripping two kilos of elderberries from their elaborate stems is tedious work. Drinking the results after a year of aging is a delectable reward.

WHAT IS THE UMAMI FACTOR?

It’s two things. It’s the title of my new book, and it is the principle for making fermented beverages that provide a complex, mouth-filling, satisfying flavor sensation by balancing multiple aromas with the five tastes: sweet, sour, bitter, salty and umami.

Umami is the taste sensation of savory foods. The word is Japanese for “delicious” taste. It’s provided by receptors in your mouth, throat, esophagus, and even stomach that detect the presence of glutamates, which are derived from amino acids. The umami sensation is pleasant for the same reason that “sweet” is pleasant.

The body is cued to detect vital, high-engergy nutrients: carbohydrates with sweet taste, and proteins with umami taste. Natural, unfiltered fermented beverages are packed with umami-producing compounds from the fruits, grains, and yeast they are made of.

WHAT IS FULL SPECTRUM FERMENTATION?

Full-spectrum fermentation describes a process of techniques combined with intricate ingredient formulas that create complex flavor arrangements evoking the response “There’s so much going on there! How did you do that?”

Full-spectrum beverages are complex and improbable, but ultimately well-balanced drinks. 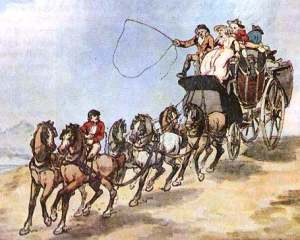 WHY IS THIS BOOK DIFFERENT?

It takes a full-spectrum look at beverages from soft drinks to hard liquor. It thoroughly discusses the components necessary for flavor balancing. It examines related spectra, such as the inebriation spectrum and the commitment spectrum. It has a textbook approach to data, with a multitude of tables for ingredients and supplies. It provides recipes and detailed instructions, but more importantly it is a call to chefdom for aspiring fermentation artists. Tally Ho!

For all the perception that “Zürich Lager” is something special to experience, it seems that most reviews of Swiss beer, at least those that refer to pale lager, report finding nothing special. From Lowenbrau Zürich, Quollfrisch Hell, Feldschlösschen, Calanda, Schützengarten, to probably a dozen more, the reviews go from “Swiss Bud Lite” to “nothing spectacular.”

I’ve only been to Switzerland once, and that was to Geneva, which, while beautiful, has a pretty nondescript beer scene. So what’s the deal with the legendary Zürich lager? Apparantly it all comes down to Hürlimann Samichlaus, a rare Christmas beer whose Swiss manufacture ceased in 1996. The gnomes of Zürich managed to cram an entire six-pack of flavor into a 335ml bottle, and at 14% ABV, there are still some cellared examples being consumed now and again to rave reviews. In 2000 the brand was revived by Austrian brewer Schloss Eggenberg.

Albert Hürlimann was a recognized expert in the scientific development of yeast, and his extremely alcohol-tolerant strain survives as White Labs WLP885. Equipped with a vial of this venerable strain, what is one to do who does not have the patience to wait three years for a lager to mature?

In this example, a brew of 16.5 degrees Plato starting gravity will turn out to be very drinkable in less than six months, finishing at 3 Plato with an ABV of about 7.2%. The beer starts with a hefty grain bill of lager malt, to which the brewer adds Munich, Vienna, Melanoidin and CaraPils specialty malts.

The Zürich lager yeast throws off a lot of phenolic flavor which comes through strongly in this beer, giving it a quality almost like a Belgian brew. It is a long, slow fermenter, and four to five months in the secondary is about the minimum necessary to bring the gravity down to a manageable level.

It is a very flavorful and full-bodied beer, and will improve with age for quite some time. I plan to keep a bottle at least another six months to see how it develops.

This is a heavy one, and definitely a keeper. I wanted a barley-wine-style ale that I could age for ten years, to see how it develops. Oaked Burton was brewed in August, 2008, and it’s maturing very well.

My original tribute to the legendary Ballantine Burton Ale, Oaked Burton derives its name from the tincture, made from a half-ounce of home-toasted oak chips soaked in Everclear, which was added to the secondary fermenter. Significantly, this addition boosts the ABV by almost a point, to about 9.4%.

Oaked Burton pours a medium brown with hints of gold; almost an extreme amber. It has a tan, long-lasting head that leaves very little lacing on the glass. The aroma is malty, with hints of oak. The taste is of malt, with caramel, almonds and dark fruit like plum. Roasted grain, oak, and mild alcohol dance in the background. It finishes with a hoppy tang, oaky astringency and an alcoholic warmness.

No one is going to age a commercial beer for ten years these days. The era of the ancient barrel-aged Ballantine is over. But a home-brewer can certainly put a few bottles away for five years, and ten is only double that and well worth the wait–if you’ve got some West Coast Amber to tide you over in the meantime.